High divorce rates and the increasing number of people entering into second relationships is leading to more and more disputes over wills and family inheritance.

Conflicts due to second marriages have now become one of the main reasons for families taking legal action following the death of a relative.

A typical problem arises when a man marries for a second time and then leaves all his estate to his second wife and nothing or very little to the children of his first marriage.

Such children may well be adults in their thirties and forties who find it very hard to accept that the wealth their father built up in a long marriage with their mother should suddenly be left to a second wife who may only have been with him for a few years.

It’s a very human problem and the resentment is made worse when they think that their father’s estate will eventually pass to the children of his second wife who may have had very little contact with him at all.

The problem also occurs the other way round with a man leaving most of his wealth to the children of his first marriage and not providing adequately for the needs of his second wife. She may then be prompted to challenge the will.

There are also cases in which a will ignores someone like a son or daughter who expects to inherit but gives no explanation as to why that person has missed out.

Many of these problems could be avoided if people made their intentions clear when drafting their will.

If you want to exclude someone who might otherwise expect to inherit then it’s best to explain why you want to do that. A statement of wishes will be recognised by the courts and avoid any potential disputes.

Relatives will already be under stress because of the bereavement. The last thing they want is to get embroiled in legal action.

There could, however, be strong reasons why someone might need to challenge a will. Disputes can arise because a relative feels the person making the will was subjected to undue influence by someone who wants to benefit unfairly.

This might be particularly relevant if close relatives are overlooked and the estate is left to someone outside the family.

Or it could be that a man remarries in his sixties and so he draws up a new will to include provision for his new wife. Five or six years later he changes the will and decides to leave her a little more.

A few years down the line he updates the will again and leaves even more to the second wife. It may all be perfectly above board but it can lead to his family claiming that his second wife exercised undue influence over him.

Anyone wanting to challenge a will must do so within six months of probate being granted.

Please contact us if you would like more information about the issues contained in this article or any aspect of wills and probate. 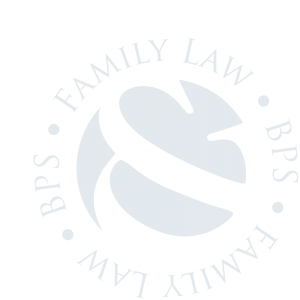